How Does a Forensic Witness Determine the Time of Death?

Home / Forensic Expert Witness / How Does a Forensic Witness Determine the Time of Death? 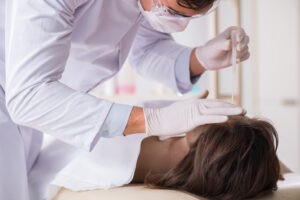 A forensic expert witness like Dr. Satish Chundru often collaborates with legal teams to testify about a victim’s time of death. But how exactly do these professionals come up with this timeframe? How is time of death determined in cases where nobody is confirming what happened, when it happened, or even if it happened if someone passed away without anyone present?

As it turns out, there are a variety of ways a pathology expert witness like Dr. Chundru can determine a deceased person’s time of death:

The average living human being has a body temperature of 98.6 degrees F. However, when a person dies, their body begins to cool by about 1-2 degrees every hour. Eventually, the body’s temperature will equal the room’s ambient temperature.

Certain factors, such as alcohol consumption, can interfere with a deceased body’s cooling process. Toxicology reports can determine if alcohol was in the person’s bloodstream at the time of death.

After people die, their muscles begin to stiffen and contract. In some cases, this process can begin as soon as 15 minutes after death. A forensic expert witness like Dr. Chundru will evaluate an autopsy report to understand the body’s state of rigor mortis at the time of the medical examination to help determine the person’s time of death. Typically, a body is in full rigor mortis 15 hours after death.

For deaths that are believed to have happened at some time in the past, observing the body’s state of decomposition, including the state of the skin, bones, and organs, aides a forensic expert witness in determining when the person died.

Without blood flowing to the skin, its condition undergoes several changes. These include becoming more white, losing elasticity, and having lips dry out. In the case of a body that was submerged in water, the skin dissolves at a predictable rate.

Recent deaths are often accompanied by blood pooling. This is because the blood pools due to a lack of circulation. Blood pooling is especially common if the body was found in an unusual position.

A new area of forensic science is looking at the oral state of a body to determine the time of death. Researchers have found that a decomposing body has different microorganism activity compared to a living body.

State of Trauma, if Relevant

Forensic entomology is a new field in the study of forensics that helps examiners determine the time of death by looking at insect activity on a body. The different types and stages of bugs that may be found on or inside a body can help narrow down the time of death.

As you can see, there are a variety of factors that help professionals determine the time a deceased person passed. Despite all these scientific tests above, they are still not reliable. With today’s technologies, the best way to determine the time of death is to look at the technologies (last text message, last phone call, last time phone pinged relative to where the decedent was found, etc.) as well as things like routines, such as makes a coffee every day at 8 am and observing coffee maker which still has a full amount in the jar), and a really good scene investigation as well as witnesses. These along with the other mentioned methods is best to come up with a final more accurate time of death.

If the time of death is a key component of your upcoming court trial, you want to work with someone who has ample experience evaluating autopsy reports and testifying to its results. Dr. Chundru has 15 years of experience in the field and is available to consult nationwide.

To learn more about how Dr. Chundru can help your case by providing his professional forensic services, contact him today.

As a certified forensic pathology expert, Dr. Satish Chundru provides private autopsy services for clients in Nevada, Texas and Utah and consulting services for clients worldwide. He is known not only for his high-level knowledge in forensic pathology but for the sensitivity he brings to each case. Contact Dr. Chundru to learn more about the forensic consulting and autopsy services he provides to individuals and families.