Can a Forensic Expert Witness Help Me if They Didn’t Conduct the Initial Autopsy? 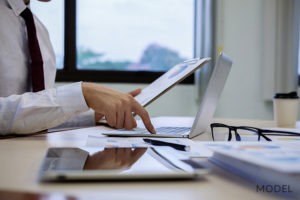 If you’re working on a legal case that involves a death, you may think the only professional who can testify about the circumstances that led to the death is the medical examiner or coroner who performed the initial autopsy. However, that isn’t the case. As a board-certified forensic pathologist, Dr. Chundru helps legal teams around the world by testifying as a PATHOLOGY EXPERT WITNESS – even though he wasn’t the person to perform the initial autopsy.

An initial autopsy that’s conducted by a jurisdiction’s medical examiner or coroner is comprised of a variety of reports, including:

The responding medical examiner or coroner uses this information to determine various factors about the death, including the cause of death and time of death.

However, the information that comprises an autopsy can, at times, be interpreted differently by different forensic pathologists. It’s possible that the initial autopsy contains an error or important element that was overlooked, which can significantly impact your legal case.

As a forensic expert witness, Dr. Chundru starts working on a case by performing a secondary autopsy. This procedure doesn’t require access to the body, but rather access to the initial autopsy report so that he can review it, interpret the data himself, and come to his own professional conclusion about factors such as what caused the death and when death occurred. If Dr. Chundru’s findings differ from those of the person who performed the preliminary autopsy, you may be able to raise reasonable doubt in your case.

Based on his findings from a secondary autopsy, forensic expert witness Dr. Chundru prepares the testimony that he’ll deliver in court on the witness stand. His focus is on providing information that’s factual and easy to understand – for both the jury and the judge. He’ll coordinate with you so that he’s prepared to answer all the questions you plan on asking, as well as be prepared to answer questions he anticipates the opposing side’s attorney will ask.

The Process of Working with a Forensic Expert Witness

If you want a board-certified forensic pathologist testifying in your case, you’ll need to fulfill a couple of requirements.

First, you’ll want to preliminarily screen candidates for their availability, based on when you think your case may go to trial. Because there’s a relatively few number of physicians trained to perform secondary autopsies and deliver their reports via court testimony, their schedules tend to fill up quickly.

Second, you’ll want to interview available candidates to learn more about their backgrounds and experience. Dr. Chundru, for example, has 19 years of experience investigating deaths and serious injuries. About 13 of those years were spent performing autopsies for jurisdictions, and most recently, Dr. Chundru has been working in private practice, offering his consulting services to legal teams as well as families desiring private autopsies or secondary autopsies to get the closure they need regarding a loved one’s death.

Connecting with Dr. Chundru to see if he’s available for your case, as well as to learn more about his qualifications, is easy.