What Causes of Deaths Can a Forensic Pathologist Determine? 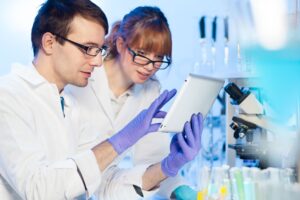 Dr. Chundru is a forensic pathologist and is often called in to assist with an autopsy when someone dies suddenly, unexpectedly, or if the death is seemingly unexplained. To perform his duties, Dr. Chundru both examines the death scene and also performs an autopsy of the deceased to obtain the necessary medical information that tells the story behind the cause of death.

While many individuals have pre-existing medical conditions that lead to their deaths, there are still several Americans who die unexpectedly from a previously undiagnosed medical condition or disorder. Dr. Chundru is able to determine if a death was the result of natural causes by inspecting the death scene and examining the body during the autopsy.

If a forensic pathologist comes to the conclusion that a death was the result of natural causes, his or her involvement in the autopsy is typically ceased as the medical examiner or coroner can complete the autopsy on their own.

Determining whether or not a death was suicide can be obvious, such as in the case of self-inflicted wounds, or more complicated, such as when a person dies by an overdose. Dr. Chundru is specifically trained to look for hidden or otherwise overlooked clues that the deceased died by suicide.

Aspects of the death that Dr. Chundru examines include reviewing the law enforcements or any other documents that may reveal a suicide note was at the scene, as well as interviewing family members and friends to determine if the person had a mental health or addiction disorder. This helps to determine whether the person had a history of previous suicide attempts (which is the number one indicator that a person will die by suicide), and learning whether or not the deceased had recently experienced an unusually stressful life event, which is another indicator for suicide.

A homicide is the deliberate and unlawful killing of a person by another party. A forensic pathologist is brought into a case when a homicide is suspected because the case will evolve to a criminal investigation and, if a suspect is apprehended, trial.

When homicide is suspected, even more caution is needed during the autopsy and final report than with a typical autopsy. This is because Dr. Chundru isn’t just providing answers to surviving family members, but the evidence that can both help police identify a suspect, and assist prosecutors in winning their court trials.

Sometimes people may die by an unfortunate accident. But still, in these cases, the specific knowledge of a forensic pathologist is warranted. Sometimes, accidental deaths may be linked to the negligence of another person or a company, such as in the case of product liability lawsuits or wrongful death cases.

Whether you’re a local jurisdiction investigating a death that seems unexpected, sudden, and unexplained, or you’re an attorney representing family members who suspect their loved one’s death wasn’t the result of natural causes, Dr. Chundru can help you find the answers you need.