How Does a Forensic Pathologist Differentiate Between an Accidental Overdose and a Suicidal Overdose? 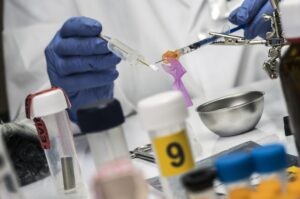 Learning that your loved one died of an overdose can be very difficult for surviving family members. Learning whether or not that overdose was accidental or suicidal based on the insight of a forensic pathologist can help provide closure to family members in seek of answers.

As a forensic pathologist, Dr. Satish Chundru can tell the families and legal representatives who contact him for private autopsies or secondary autopsies in overdose cases that it’s believed the actual number of suicidal overdoses is largely unreported. However, there are several factors – including personal history, the state of the death scene, and medical samplings – that can help Dr. Chundru make an informed decision as to the reason behind the overdose. These include:

Items Found Near the Deceased When He or She Was Discovered

When someone is found deceased and an overdose is suspected, the police will conduct a full investigation of the death site. Sometimes, telltale signs are left behind by a person who overdosed, such as a suicide note. In this case, Dr. Chundru would classify the overdose as suicidal.

Doctors know that individuals with a mental health diagnosis are more likely to commit suicide than those without a disorder. If your loved one overdosed and had a history of major depression or Bipolar disorder, suicide may be suspected.

Conversely, it’s also known in medicine that individuals with an addiction disorder often increase the dosage of their drug of choice as they become immune or develop a tolerance in the pursuit of a high. If you share with the forensic pathologist that the deceased had a history of drug or alcohol abuse, it may lead him to suspect an accidental overdose.

Additionally, if a person had achieved sobriety, and recently restarted their alcohol or drug habit, an accidental overdose may be suspected. This is because some addicts who fall out of sobriety go back to their former dosing level. While their bodies used to be able to tolerate that amount of alcohol or drugs, returning to that former dose for the first time after abstaining for an extended period of time may prove fatal.

Research on the profile of individuals who commit suicide often indicates that the person struggled with attaining or maintaining employment. Oftentimes, employment issues are a side effect of a mental health diagnosis, especially if it isn’t being properly treated by a psychiatrist and therapist.

Another factor that leads a forensic pathologist to suspect a suicidal overdose versus an accidental overdose is whether or not the deceased had experienced a recent life change that he or she found detrimental. A chronic disease diagnosis, loss of employment, financial troubles, death of a loved one, or a relationship breakup are known factors that may make a person choose suicide by a drug or alcohol overdose.

History of Past Suicide Attempts

While not always a definitive indicator, a contributing factor that helps a forensic pathologist like Dr. Chundru determine whether an overdose was accidental or suicidal is the level of drugs or alcohol found in the deceased’s bloodstream and documented in the toxicology report. Generally speaking, people who overdose by suicide have higher levels of drugs or alcohol in their bodies than people who accidentally overdose.

Find the Peace You Need

If you have been told your loved one died by an overdose, but the cause of the overdose was undetermined, Dr. Chundru can perform a secondary autopsy – which is usually a review of the initial autopsy report that can be conducted after a funeral – to help answer the questions you have.