Can a Domestic Partner Request a Second Autopsy? 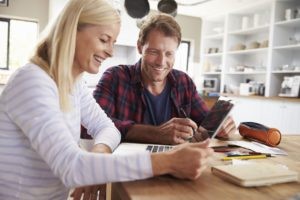 A second autopsy often brings much-needed closure to a deceased person’s loved ones after a preliminary autopsy performed by a medical examiner or coroner leaves unanswered questions. However, in order to have one performed, the person requesting the procedure must either be the Power of Attorney for the deceased individual (either named in an Advanced Care Directive or appointed by a judge), be the deceased person’s next of kin, or be a legal representative acting on behalf of the Power of Attorney or next of kin.

There is a hierarchy that Dr. Chundru must adhere to when allowing someone to order a second autopsy. While domestic partners are considered equal to spouses on this hierarchy, domestic partners have great ease and protection at ordering autopsies when they are the named Power of Attorney under an Advanced Care Directive.

The Hierarchy for Authorizing an Autopsy

The following is the very long, and somewhat complex, the hierarchy of who can legally sign for an autopsy to be performed on a loved one:

Doing so provides several benefits. First, having a Power of Attorney and detailing to them your final wishes helps ensure they will be followed upon your death. Second, while everyone in your family and circle of friends may know who your domestic partner is, sometimes it can be difficult to prove so immediately after death – not only logistically but emotionally. Finally, some family dynamics are complicated. If you have a relative down the hierarchy, such as an adult child or a parent, who doesn’t approve of your relationship with your domestic partner, and this relative disagrees with the decision your domestic partner is making without being named Power of Attorney, it could cause disagreements and even delays in getting your autopsy performed. When your domestic partner is your Power of Attorney, though, he or she will have legal documentation providing his or her authority to make decisions about your autopsy, that downline next of kin cannot negate.

Assigning a Legal Representative to Order a Second Autopsy

It’s understandable that many domestic partners are so grief-stricken after the death of their significant other, especially if that loss was unexpected, that they aren’t in the emotional position to be having conversations with Dr. Chundru about the goals and hopes for the procedure. This is why the law allows domestic partners who are listed as Power of Attorney under an Advanced Care Directive to select a lawyer to make this request on their behalf.

Choosing a legal representative to help you through the process of having a second autopsy performed is very common, especially since many domestic partners request this procedure when they suspect their significant other’s death was the cause of malice, negligence, or medical malpractice.

If you have further questions about this topic or are interested in a secondary autopsy for your domestic partner, or if you’re an attorney representing a domestic partner who wants one for their loved one, call Dr. Chundru to schedule a consultation at (305) 283-3371.